An inmate has escaped from the Tishomingo County Jail

Kevin James Parr was being held in Tishomingo County on felony charges out of Prentiss County.

Investigators believe Parr got through a hole in the shower area, crawled through an air duct, and
went over the fence.

They believe he had help from other inmates.

A felony warrant has been issued for Parr, and he is now in the National Crime Information Center database as a wanted person.

Anyone who may know where PArr is should call the Tishomingo County Sheriff’s Office. 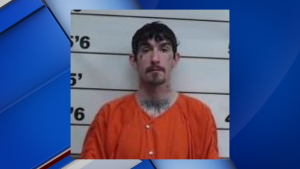