Chad Sziszak didn’t believe it at first. He got an email from Andrew Yang’s campaign that he would receive $1,000 a month for an entire year — no strings attached. Even after talking on the phone with Yang’s staff, he wasn’t entirely convinced. Then he ended up on a video call with the presidential candidate himself.

“I was expecting it was going to be a big group conference call,” Sziszak said. “And then I clicked in, and [Yang] is like, ‘Is he here? Oh, hey Chad!’ And I was like, ‘Whoa. This got really real.'”

Chad is one of the 14 people picked to participate in the campaign’s “Freedom Dividend Pilot Program,” an effort to test and promote Yang’s signature policy — the creation of a universal basic income (UBI) for every American over the age of 18.

The former tech entrepreneur sees this as a way to reduce poverty and income inequality, especially as computers increasingly replace people in the workplace. It’s a centuries-old idea that has been discussed for decades but never embraced by the political establishment. In recent years, it has gained traction.

“It’s not about money”

Sziszak plans to use the money to pay down his debt and pay for his tuition. Charles Fassi, of New Hampshire, will put the money toward his daughter’s college. Several of the 14 recipients say their new monthly stipend gives them the freedom to make quality-of-life purchases that improve their overall health and well-being.

“It is money, but it’s not about money,” explained Lamia Msadek of Maryland.  Knowing that she will soon have an extra $1,000 a month, she no longer feels “locked down.”

“It’s changing my thinking of pushing myself to do activities, to do things that I was hesitant to do before,” said Msadek, who helps to care for her parents. “I got married last year. I love my husband, and I want to start a family. And I want to go do yoga classes.”

Fassi said the money will provide comfort, security and freedom to spend his income on what he calls “everyday expenses.”

“We don’t have to scramble as much to be able to pay the bills,” said Fassi. “It can help pay for the car repairs, for the writing class I’ll be taking in the next month, help with my improv class, you know, my wife can go get a pedicure or take the dog and have him groomed.” 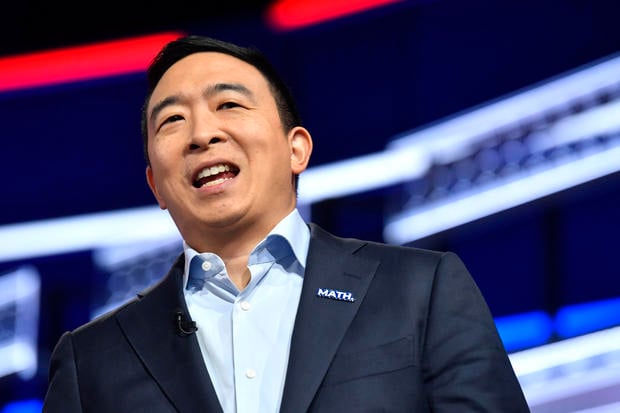 What the data says

Almost 40% of Americans struggle to afford an unexpected $400 expense, according to the Federal Reserve.

But the idea of handing people a check for $1,000 without any preconditions or requirements divides economists. Some believe it would drive consumption and boost the economy while providing lower-income people with more financial security. Others worry that any economic boost would be offset by the taxes required to fund such a massive federal program and that the sudden infusion of cash could cause a spike in inflation.

It’s a nonstarter for many conservatives, whose fear that low-income Americans will use food stamps to buy lobster and steak have been at the heart of arguments against government assistance for years.

But there is reason to believe that a universal basic income wouldn’t ignite a wanton spending spree on jet skis and handbags.

According to preliminary findings from the first eight months of the city’s UBI pilot program, approximately 40% of the funds have been spent on food. The largest expenditures have been on food, followed by goods like clothing and appliances, and then utilities, such as electricity. The least amount of money went toward self-care and recreation.

“In just a few months of disbursements, we’ve heard from so many recipients that they’ve experienced material differences in their lives that will last long past the demonstration,” said Sukhi Samra, director of the Stockton Economic Empowerment Demonstration, in a statement. “Even a short-term, hand-up cash infusion is enough to change lives. Imagine what we could do with a long-term solution.”

Benjamin Leff and Peter Paras, graduate students at Stanford University and co-founders of the polling firm Reality Check, surveyed more than 640 Yang supporters and asked them how they would spend a theoretical dividend of $1,000 a month.

They found that the extra money barely changed their spending habits. They compared the responses they received to the Bureau of Labor Statistics (BLS) 2017 Consumer Expenditure Survey, which tracks household spending.

“We asked the question, ‘Are people treating their dividend like a gift you would use for atypical expenses, like entertainment, or are they treating it as part of their core income?’ What our data told us is that they’re really treating it as if it were an increase in [monthly] income of about $1,000,” said Leff.

Compared to the BLS data, survey respondents “spent” less of their new money on transportation and housing, and put more of it away for savings.

“In our estimation, transportation and housing are lower because those are already budgeted for,” said Paras.

The duo believe that the spike in cash savings represents a “dream scenario” for most Americans, who lack the income to set aside a rainy-day fund.

“If they truly saw this as more of a ‘Christmas gift,’ we would see entertainment, apparel, services and other much higher than they are,” said Leff.

Yang’s pilot program is still in its infancy, and questions remain.

Following the program’s announcement in September, the former chairman of the Federal Elections Commission told CBS News that the program appears to violate “personal use” campaign finance laws since the funds come from Yang’s campaign and not his own pocket. Others, however, have argued that the program could be classified as an advertisement for the campaign. The Yang campaign declined to comment.

At the same time, his pilot doesn’t take into account some of the realities of his actual proposal, which asks some Americans to surrender certain government benefits, such as food stamps, to receive the $1,000 payment.

The available data on all this is small, and the exact impacts of Yang’s plan remain unclear. But one thing is certain: The guarantee of a $1,000 check provides some relief. For Sziszak, it’s also motivating.

“Sure, there’s going to be outliers that take advantage of any situation. But most people are just trying to get by,” said Sziszak. “Having extra money in hand would only help move that process along. And I don’t see myself slacking off anymore. If anything, I’m going to be more aggressive in tackling my goals because it’s that much more available.”