ALCORN COUNTY, Miss. (WCBI) – A babysitter has been charged with capital murder in the abuse death of a two-year-old little boy. 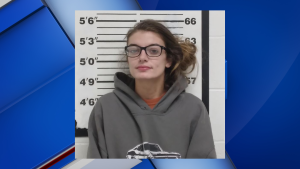 Alcorn County deputies were called to a home on County Road 380 on the night of September 13th.

Both children were injured and eventually taken to Le Bonheur Children’s Hospital in Memphis.

The little boy died today. The little girl is stable at the hospital.

Investigators say Durham was babysitting the children at the time they were injured.

She remains in jail.