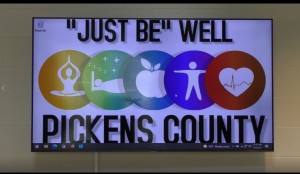 PICKENS, Ala. (WCBI) – As students are wrapping up their summer break, the Pickens County School district are preparing their students and parents with resources and wisdom.

This Back to School Rally began at the Pickens County High School Auditorium where the “Lutzie 43 Foundation” offered some wisdom.

After the tragic loss of his son due to impaired driving Mike Lutzenkirchen spreads his message of the “43 key seconds.”

“When you think about it age 15-65 and older the likely hood of you losing your life is greatest behind the while of the vehicle by a poor decision by that driver. So our message is to take 43 keys seconds to ensure you are a safe and smart driver…to not be distracted and impaired, to have the courage that everyone has on their seat beats to not be super speeders and to not drive out well after midnight unless it is an emergency,” said Lutzenkirchen.

Later the School district hosted a “Just Be” Well Pickens to bring awareness to mental health, medical, and family services available for both students and families while promoting a better school and a better community.

Alesia Gill an Administrator with the Pickens County School district says, “We just have all of the resources that are in our community who are trying to help our citizens, children, and their families, we just have them all in one place so the parents can be aware of who they are, where they’re located and how to get in contact.”

Also the Associate Superintendent shares, “I want to everyone to know that mental health and well-being is not for the children. Pickens County wants to focus on the mental health of all of our stakeholders, not just the children”