COLUMBUS, Miss. (WCBI) – Bond was denied for a woman charged in a Columbus homicide. 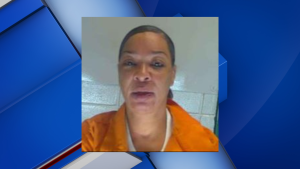 She remains in the Lowndes County jail.

Hunt was indicted for accessory after the fact in a 2018 manslaughter case. That is the reason her bond was denied.

The car hit a parked truck and flipped.

When emergency crews pulled Jennings out of the overturned car, they found he had apparently been stabbed in the chest.

Jennings died at the hospital.

The case remains under investigation.