OKTIBBEHA COUNTY, Miss. (WCBI) – Bond has been set at $1 million for an Oktibbeha County homicide suspect.

Arti Brown was extradited to Oktibbeha County on Tuesday.

He’s charged with murder and remains in the Oktibbeha County jail.

32-year-old Dylan Meikle was shot outside the Links Apartments this past Friday night.

He later died at the hospital. 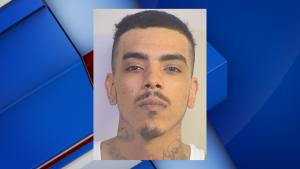 He was arrested Saturday on Interstate 20/59 in Tuscaloosa County, Alabama after a brief chase.

Meikle’s body was sent to the state crime lab for an autopsy.

No other arrests are expected.