CALHOUN COUNTY, Miss. (WCBI) – A Calhoun County man is accused of videoing someone at a business and now faces a child pornography charge.

26-year-old Taylor Parker is charged with filming another without permission and child pornography. 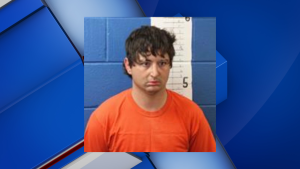 Bruce Police Chief Brian Robberts says officers were called to a business on Monday about the alleged incident.

He declined to release the name of the business or other details, citing an ongoing investigation.