Taurus Shaw was caught Tuesday morning at a motel.

Shaw is being charged with first degree murder in the shooting death of Anthony Armstrong.

The shooting happened last Wednesday on Terry Drive in Derma.

The homicide remains under investigation. 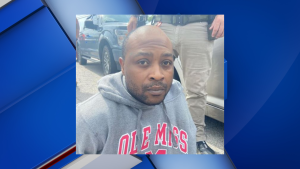