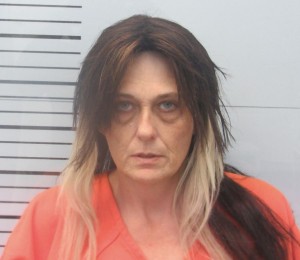 The case began in June when Oxford Police were called to a report of stolen property in Woodglenn Cove.

A woman who had been at the home at the time the items were stolen was gone by the time the owner returned home.

Investigators identified Tammy Lynn Davis of Chicago as a suspect.

She has been arrested and is charged with Grand Larceny.