COLUMBUS, Miss. (WCBI) – The search for a new chief for Columbus Fire and Rescue is complete. 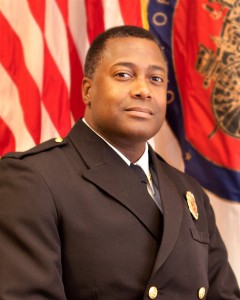 Interim Chief Duane Hughes can now drop the “Interim” from that title.

At Tuesday night’s meeting, the Columbus City Council voted to promote Hughes to Chief on a full-time basis.

Hughes replaces Chief Martin Andrews, who retired in March after 30 years in the Department.

Hughes isn’t too far behind on years in service. He has served with Columbus Fire and Rescue since 1995.