CLAY COUNTY, Miss. (WCBI) – A Clay County man wanted in connection with a Leflore County homicide is caught in Alabama. 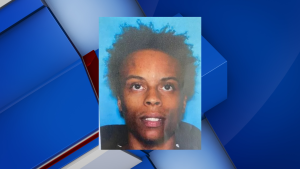 There was a manhunt there for Bush after he reportedly stole a truck in a nearby area and ran from law enforcement.

Edward Bush Jr. was quickly named a suspect in that shooting.

No word on when he will be extradited to Mississippi.