Alonzo Seals is being charged with shooting into a nightclub. 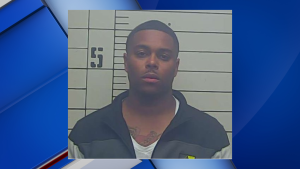 One person was grazed in the head by a bullet but has not come forward to press charges.

Cantron Davidson and Antavious Gates are also charged. Davidson, Gates, and Alonzo Seals are all cousins.

The investigation is still open, and more arrests are possible.