Cold & cloudy Monday, more rain by the end of the week

Our temperatures will remain in an up-and-down pattern for the next few days. We’ll be cloudy and cool Monday, but sunshine will return by Tuesday and Wednesday. Another round of rain will move through Friday ahead of another big cool down. 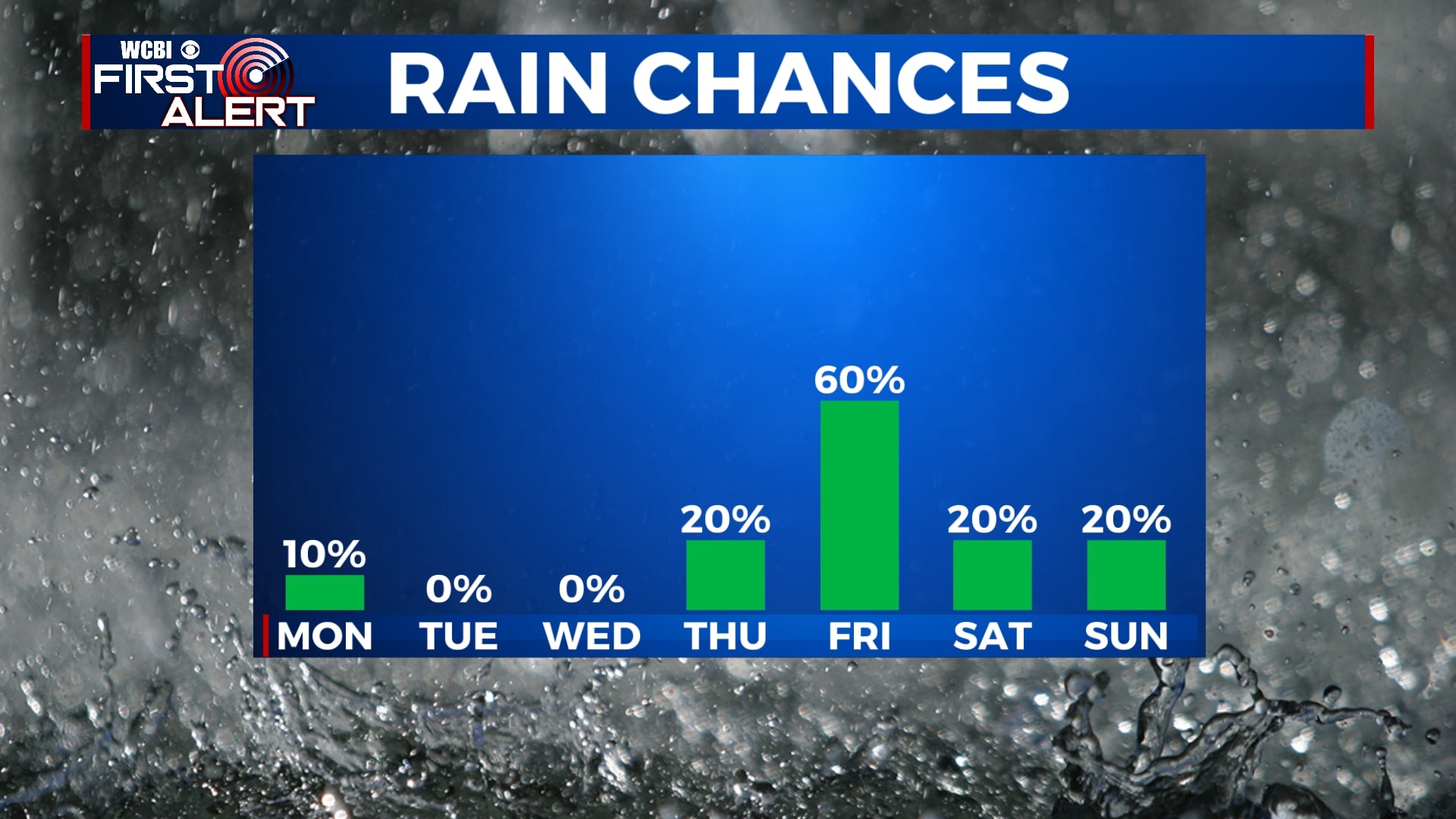 SUNDAY NIGHT: We’ll remain mostly cloudy overnight tonight as colder air moves in. Lows will be in the mid to upper 30s with a breezy northwesterly wind. An isolated sprinkle isn’t out of the question.

MONDAY: Temperatures will remain cold through the day on Monday with highs in the 40s. Winds will remain breezy out of the northwest meaning wind chills will be in the 20s at times. Skies will remain mostly cloudy with only a peek or two of sun. 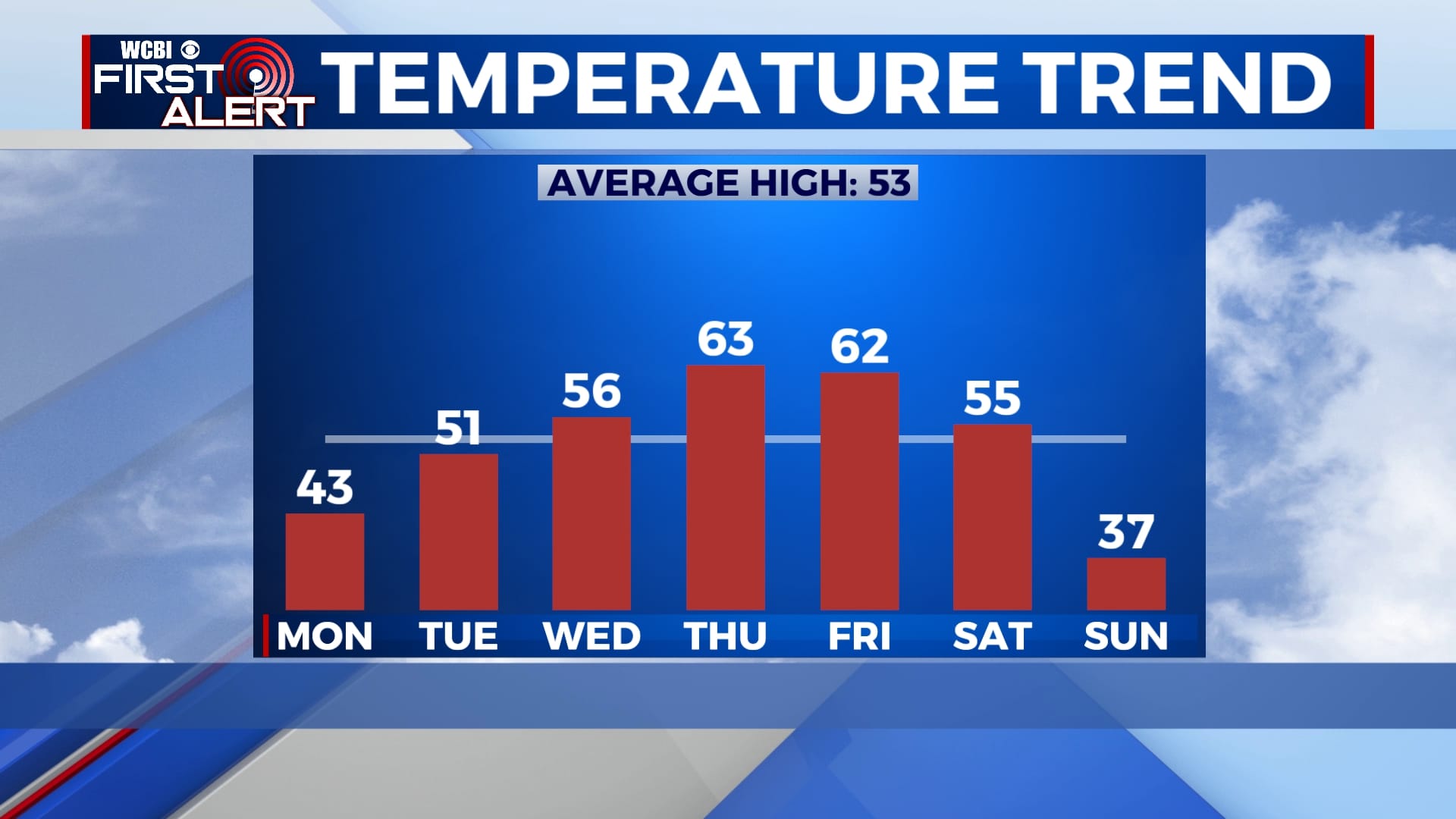 TUESDAY-WEDNESDAY: Sunshine will return for the middle of the week allowing temperatures to rise just a bit. Highs will be in the 50s with lows in the 20s each morning.

THURSDAY-SATURDAY: Clouds will build back in by Thursday with rain moving in through the day on Friday. Some of us could see a heavy downpour or two resulting in rain totals over an inch. Any rain will likely be gone by Saturday, leaving us dry for the most part going into the weekend. Highs will be in the 60s on Thursday and Friday and back into the 50s by Saturday. 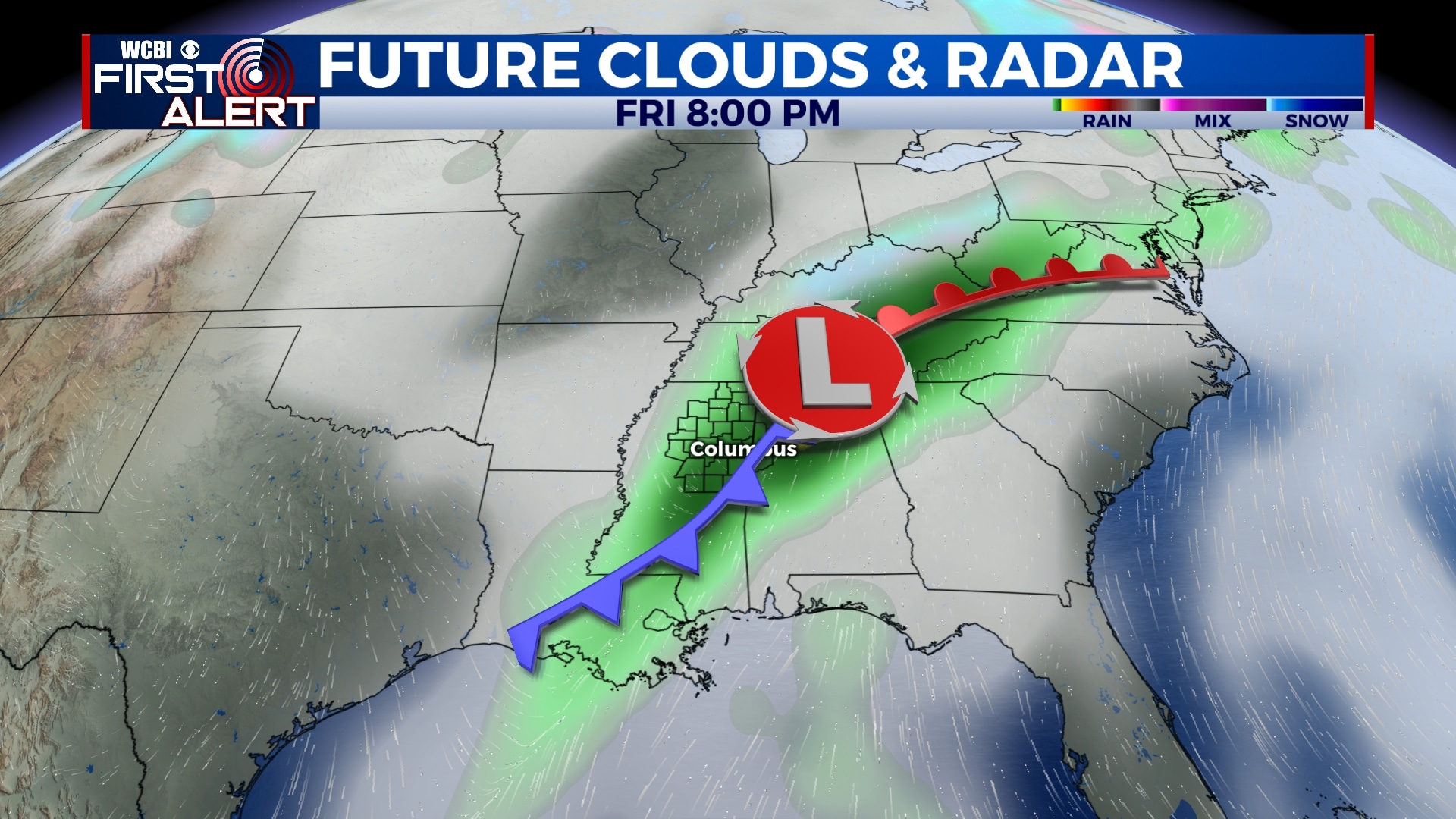 SUNDAY-NEXT WEEK: MUCH colder air will arrive by Sunday and could last into next week. High temperatures will likely be in the 30s on Sunday and we could be even colder by next Monday. As of right now, we are not expecting any wintry precipitation. 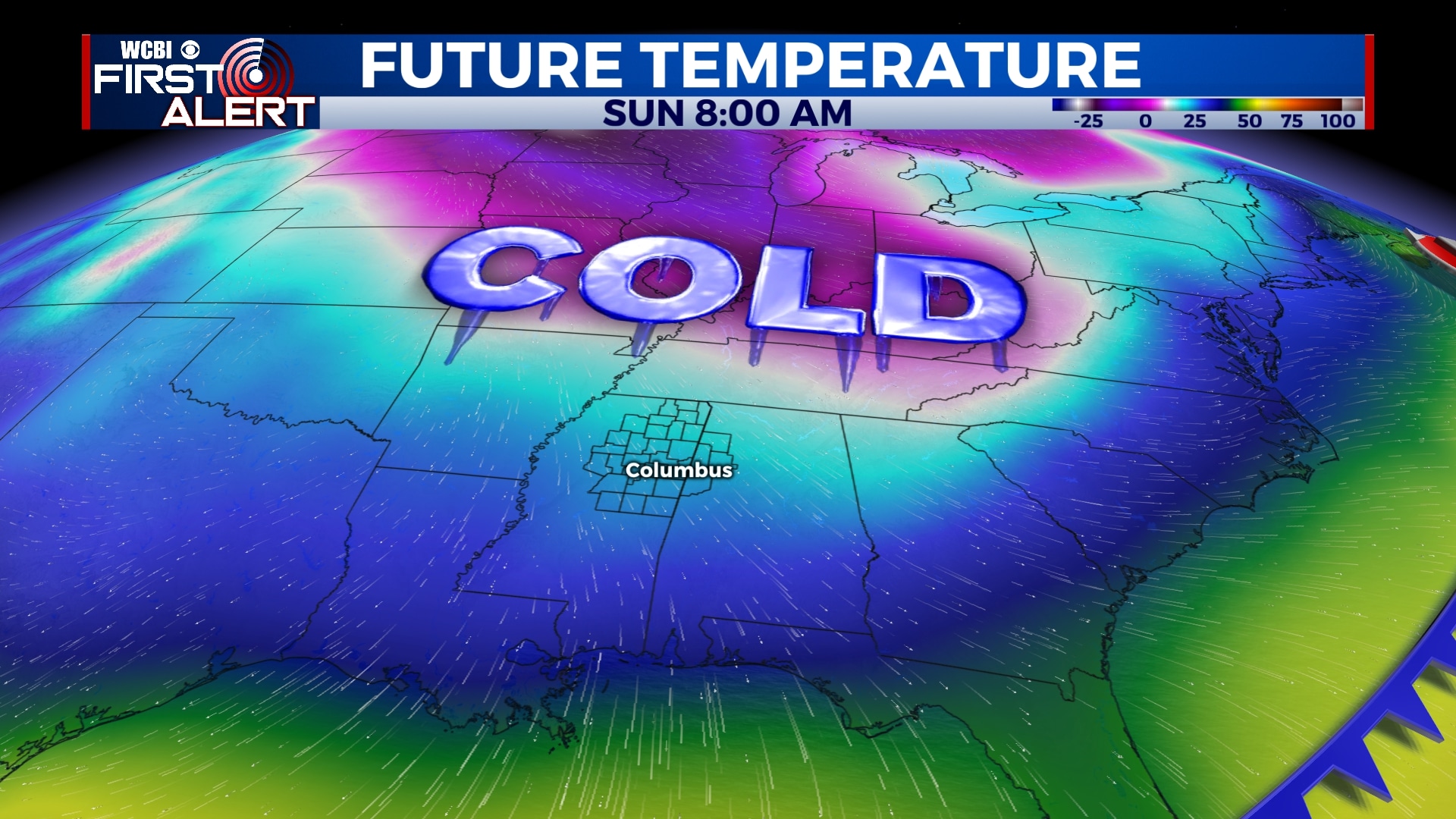 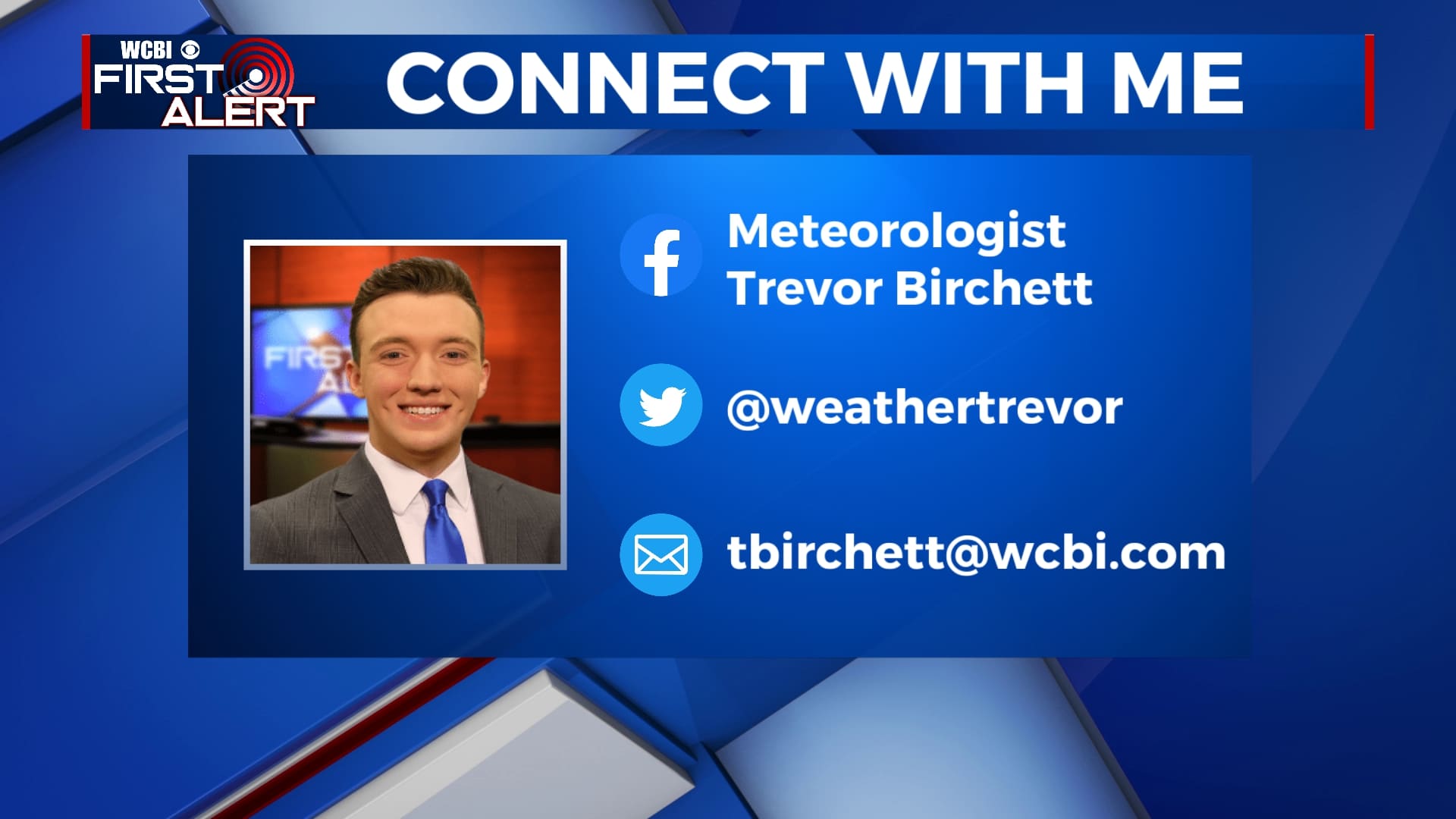