COLUMBUS, Miss. (WCBI) – A Columbus businessman is expected to change his mind, and plead guilty to claiming more than $6 million dollars in Covid relief money.

Christopher Paul Lick, who is a Starkville resident, was indicted for money laundering and wire fraud in May 2021. 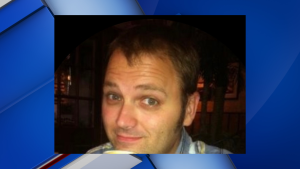 In all Lick faced 16 federal charges. At the time he pleaded not guilty.

But with a trial slated to start next week, his attorneys notified US District Judge Glen Davidson that Lick wants to change his plea.

Lick claimed to be the owner of four businesses. He used those businesses to file claims for Paycheck Protection funds through the federal CARES Act. But according to the federal government, the businesses did not have the number of workers that he claimed. An indictment also stated that the federal money was spent on a house, cars, and other personal items. He had to forfeit all of his money, the Starkville house, and a Tesla.

The change in plea is expected to take place on Monday. Lick still faces possible jail time and fines.