COLUMBUS, Miss. (WCBI) – Columbus police arrested a teenager for allegedly shooting a gun into a home. 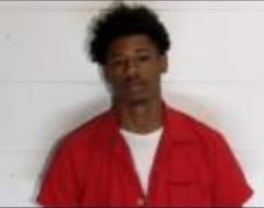 Law enforcement said the incident happened around 1 p.m. Monday in the 1500 block of 4th Street South.

18-year-old Isaac Harris was arrested and charged with Shooting into a Dwelling.

If anyone has any additional information on this incident, contact the Golden triangle Crimestoppers.