COLUMBUS, Miss. (WCBI) – Columbus police make an arrest in a shooting that was caught on camera. 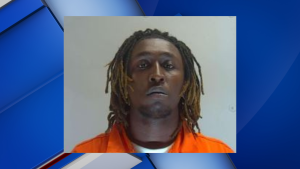 Investigators believe Guyton was shooting at someone inside of a car.

No one was injured in the gunfire.

A Columbus police camera at the park caught the incident when it happened.