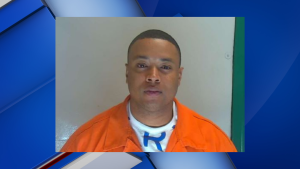 COLUMBUS, Miss. (WCBI) – We are learning more about what led to the arrest of a Columbus police officer and why he had to stay in jail for a while.

Bryan Moore is charged with domestic violence. State law requires he be held for 23 hours for a cooling down period.

Police Chief Fred Shelton says officers were called to Moore’s home about an incident where the victim claimed Moore assaulted her.

CPD immediately called the sheriff’s office to investigate about 2:30 AM Friday.

The case will be handled in Lowndes County Justice Court to avoid any conflict of interest.

Shelton says Moore has been placed on paid administrative leave until the next city council meeting.

Woman arrested in Clay County for hitting someone with baseball bat

Suspect wanted in Lee County for breaking into vehicle near Verona

Mother of child found dead in Tupelo has been arrested