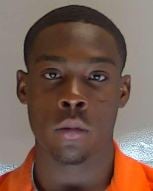 COLUMBUS, Miss. (WCBI) – A Columbus teen is accused of shooting another teenager in the leg.

Columbus Police Chief Fred Shelton says Gore and the victim know each other.

The shooting happened on June 26th near the intersection of McCrary Road and Forrest Boulevard.

Police say the 13 year-old victim ran to his parent’s home on Maple Street.

That teen has been released from a Jackson hospital.