LOWNDES COUNTY, Miss. (WCBI) – Curtis Lathan will spend the next 40 years in prison. 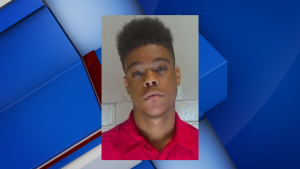 White was shot to death outside of a birthday party at the Propst Park Community Center in July of 2019.

The case has taken 3 years to come to trial, and prosecutors praised the commitment of investigators and the forensics team for their work on the physical evidence.

When it came to witness testimony, they had some other obstacles to overcome.

“And the witnesses, we had an unusual circumstance that Curtis Lathan was actually tampering with witnesses from the jail, which mad that even more challenging. So, we had to put in a tremendous amount of time to even get witnesses to appear, to tell the truth, to be consistent with prior statements they had given to police,” said Ben Lang, Assistant District Attorney.

The 40 year sentence handed down by Judge Lee Coleman is the maximum allowed for second degree murder.