It’s been a long and winding road to this family reunion. Amidst the food and fun, brother and sister Richard and Sara Reibman are meeting a relative named Tom Johnson for the very first time.

And this is no distant relative; Johnson and the Reibmans have discovered they are siblings. “It was just shocking, awesome,” Johnson told correspondent Rita Braver.

It all began when the Reibmans’ cousin, Susan Goff, did a DNA test and found that someone named Thomas Edgar Johnson, Jr. seemed to be her first cousin. “I initially thought that’s a mistake, because I know all my first cousins,” she said.

Soon, Goff figured out that Johnson had been born in Dearborn, Michigan. She knew that Sara and Richard’s brother, Herbert, who died ten years ago, had been born there, too, as it turned out, in the same hospital within hours of Tom. The day was December 7, 1941, Pearl Harbor Day. And Johnson suddenly realized that, in what had to be nationwide chaos, he and Herbert Reibman may have been switched at birth.

“I also was in kind of shock at that time, too, realizing that maybe I had overturned a rock that was pretty surprising to me,” said Johnson, “that in fact, I did have a different mother and father than I grew up with.”

Sara Reibman took a DNA test, too, and confirmed that Tom is her brother.

How shocked was she? “I thought, that explains a lot, because Herbie, the brother who was switched, was just so different than we were,” she said. “And we always kinda laughed about it. It was kind of a joke, you know – where’d he come from?”

Richard Reibman calls the discovery bittersweet. He says they loved their brother Herbert who died without learning the real story. He also feels there’s reason to be happy: “It certainly will enrich my life going forward. I think for Tom it’s much more difficult. Because he didn’t grow up with his biological parents, although he grew up in a loving family. but it’s different for him.”

Johnson said, “I have an aunt who is only three years older than me, and I talked to her, and she said, ‘You’ll always be our family …'” he started choking up. “But I’m really looking forward to knowing more about my real family. It’s really a joy for me.” 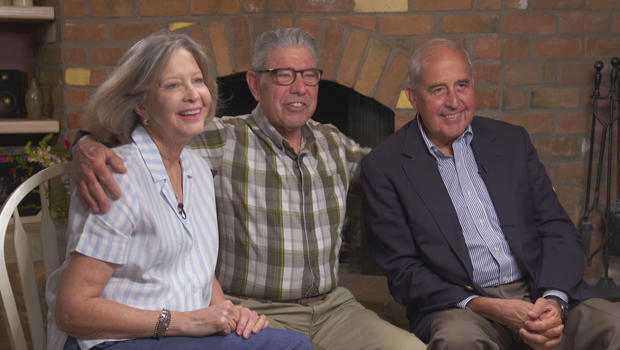 Though many of the commercials for DNA kits make it sound like taking the test might yield some fun surprises about your heritage, in fact a recent survey shows that more than a quarter of those who use mail-in DNA tests end up learning about close relatives that they didn’t know about.

And it’s not always happy news.

Catherine St. Clair said, “It was May of 2017 when the floor fell out from under me.”

That was the day she learned “devastating news”: that she didn’t share DNA with the only father she’d ever known. “What I found out was that my mother worked for a few months at this store that my biological father owned, and I was conceived at that time. I was raised as my dad’s child along with my siblings, and nobody knew.”

With both the parents who raised her, and her birth father, dead, St. Clair had no one to ask what happened. Feeling isolated, she started an online support group called NPE Friends Fellowship for others in similar situations.

NPE stands for Not Parent Expected. And before she knew it, St. Clair said, “we had 6,000 members.” 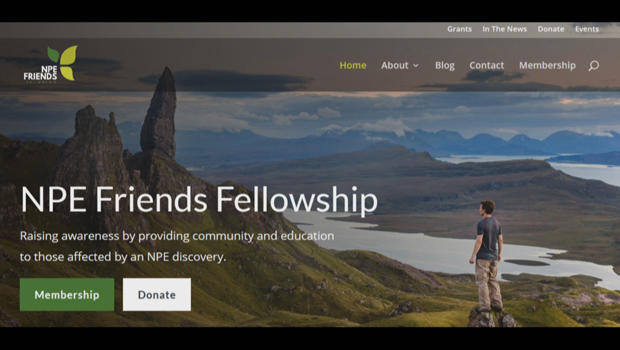 They even have meet-ups, where members talk about issues like the shock of finding out that their biological father was not who they thought. Paulette Bethel said, “Now I realize I was feeling betrayal. My mother had this secret.”

Braver asked another member, Bradley Hall, “Were you able to talk to your mother about this?”

“She’s unapproachable about the subject,” he replied.

Getting emotional, Tamera Brooks said the hardest part was that the dad who raised her had no idea she wasn’t his: “I didn’t want to tell him. At this point he was sick and I didn’t wanna upset him, you know?”

At DNA testing companies, like 23&me, so many calls come in from people who make shocking discoveries about their families, that, as they demonstrated for Braver, employees get special training in how to handle delicate situations: “Just let them some time to process that on the phone, ’cause sometimes people call in just wanting to vent or to have someone listen,” said Madeline Lynch.

And there are a lot of happy endings. Take the story of young boxer Vidal Rivera, and James Inge Sr. and Jr.

Last year James Jr. took a DNA test to learn more about his heritage, and was surprised when someone he’d never heard of seemed to be a close match. So, he called Ancestry.com, the testing company he’d used:

“I talked to their customer service person. And he’s funny, ’cause he’s like, ‘Oh, congratulations. This is your brother!’ So, I’m like, ‘OK.'” 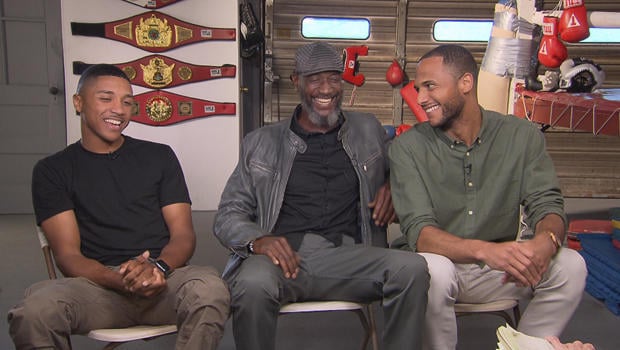 Braver asked, “Did you call him first, or did you call your dad first?”

“I talked to my dad, he was feeling kinda like, ‘What?’ Kind like misty area of mindset.”

Braver asked James Sr., “Did you have a glimmer?”

But it was just what his newly-found son had been dreaming of. He’d taken a DNA test for one reason only: “Like a lucky shot in the dark and see what I’ve always been looking for, see if, you know, I happened to find my dad on there.”

Braver said, “Had you ever asked your mom who your dad was?”

“And she didn’t wanna talk about it?”

“Yeah, at times she didn’t wanna talk about it. I got different answers. Things of that nature. So, I just knew I couldn’t keep knocking on that door.”

But now these three men say they have formed a bond which will never break, and it all started with a simple DNA test.

Vidal replied, “You just have to get your feet wet and do it. And you can’t be afraid of it, and embrace whatever you get, because, you know, it’s gonna happen. It’s just gonna happen in its own way.”