EUPORA, Miss. (WCBI) – Eupora Police want to talk to a person seen near the site of a fatal shooting Wednesday morning. 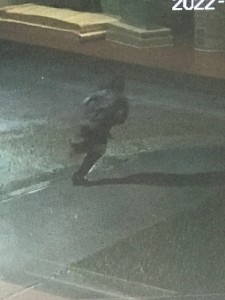 Eupora Police have released this picture taken near the scene of the shooting at the Westwood Park Apartment Complex.

26-year-old Daimain Britt of Maben was shot and killed in the parking lot of the apartment complex around 6 a.m. Wednesday.

Witnesses reported hearing the shots, but no one reported seeing anyone.

The picture shows someone running near the scene of the shooting.