Fake bills are showing up in Louisville

LOUISVILLE, Miss. (WCBI) – Bogus bills are showing up in Louisville.

In fact, police have recovered nearly $7,000 of fake money. 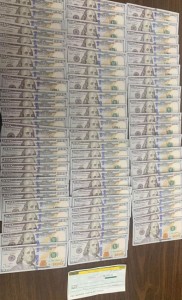 Here is a picture of the counterfeits.

Several incidents have been reported and an arrest has been made.

Holdiness encourages businesses to pay close attention to the money people are using.

This most recent find was marked fake and someone caught it.

If you are given some bogus bucks you’re asked to call law enforcement.