Father of 6 dies after wave hits him

A father of six died after a wave crashed into him while he played with his children on a North Carolina beach. The dad, Lee Dingle, slammed his head onto the sand and broke his neck. In a Facebook post about the “freak accident,” his wife, Shannon Dingle, said his throat swelled so much his brain was deprived of oxygen and he could not recover.

“Some heroes — including our kids — tried to save him, but it wouldn’t have mattered what they did,” Dingle wrote on Facebook. “His body couldn’t recover from the initial injury.” The incident occurred on July 18 during the family’s trip to Oak Island, reports CBS affiliate WWAY-TV.

In a Facebook post about the “freak accident,” Lee Dingle’s wife, Shannon, said their children, along with other people on the beach, tried to save him. Shannon Dingle

Shannon said the couple met when she was just 18 and Lee was 19. He was 37 when he died. “I don’t know how to be a grown up without him, but I’ll learn. I just wish I didn’t have to,” the devastated wife wrote. She shared several photos of her late husband and six children — four of whom are adopted.

My partner, my love, and my home died today after a freak accident. Lee was playing on the beach with three of our kids…

A family friend set up a GoFundMe to help. “As the Dingle family picks up the pieces they will need to pay for funeral expenses and need some time to get their feet under them — this means they need financial support,” the fundraising page, created by Lisa Watterson, reads. “Lee’s death is shocking to all of us, the last thing his family needs is to worry about bills.” 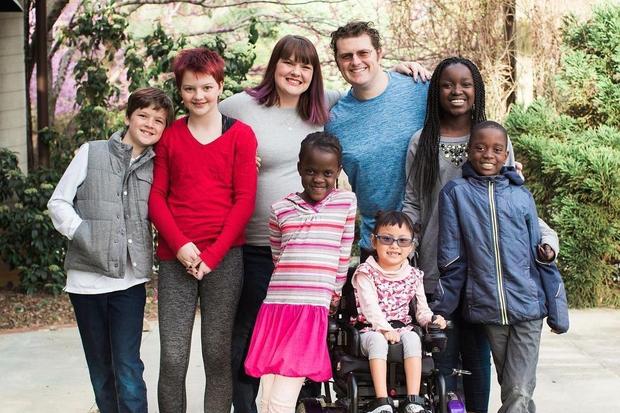 A friend created a GoFundMe page for the Dingle family, who lost their patriarch at just 37 years old. Shannon Dingle