OXFORD, Miss. (WCBI) – A federal jury in Oxford convicts a Louisiana man in a child sex case that stretched from Gonzales, Louisiana to Monroe County. 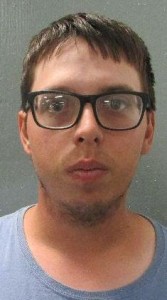 Ronald Joseph Latiolais the third has been found guilty of transporting a minor in interstate commerce with intent to engage in unlawful sexual activity.

The charges stem back to April 2019 when the then 23-year-old Latiolais was accused of taking a 13-year-old girl from her home in Monroe County.

Court documents state that the two met online, and Latiolais knew she was underage.

He went to the girl’s house, cut a screen on her bedroom window, and took her from her home.

He was arrested in Louisiana a few days later. The girl was returned home.

Latiolais will be sentenced in June.