Human remains found in late May have been identified

LEE COUNTY, Miss. (WCBI) – Human remains found in late May have been identified, and they add another piece to the puzzle of a missing person case in Tupelo.

Lee County Coroner Carolyn Green tells WCBI that the State Medical Examiner’s Office has positively identified the remains as those of Lori Cockrell. 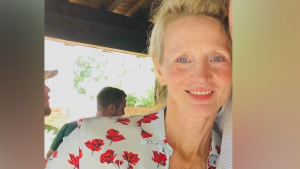 The 58-year-old Tupelo woman had been missing since August 10th last year.

She was last seen at her apartment complex, where she reportedly left her phone, ID, and keys behind.

On May 21st human remains were found in the Old Belden Circle area in West Tupelo.

Those remains were sent to the State Medical Examiner’s OFfice.

The Tupelo Police Department and the Lee County Coroner’s Office are investigating the case.

Anyone with information on the case, particularly a maroon Honda CR-V that was seen numerous times at Cockrell’s residence should call Tupelo PD.