COLUMBUS, Mississippi (WCBI) – Hurricane season for the Atlantic basin officially begins today, and NOAA’s forecast is calling for another above average season.

Like last year, another active hurricane season is expected across the Atlantic basin. 14-21 named storms are expected, and 3-6 of those could become major (category 3+) hurricanes. 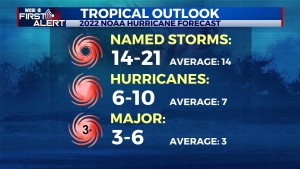 For the first time since 2015, the “A” named storm did not occur before the official start of the season. However, chances are high of tropical development in the southeastern Gulf before Friday. The latest models point the system toward south Florida. 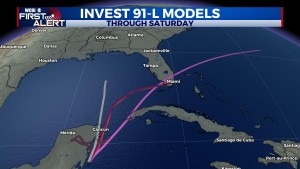 Stay tuned through the season for the latest tropical updates!

Hot and Dry this Weekend, Cooler Next Week