CHICKASAW COUNTY, Miss. (Miss.) – An inmate from the Chickasaw County Jail has escaped.

He was being held on charges of strong armed robbery, several burglaries, and was involved in three home invasions.

If you have any information on his whereabouts, call Chickasaw County Jail at 456-2339. 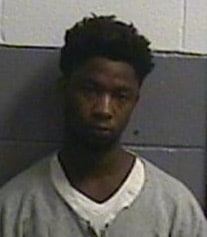 Health experts warn of the dangers of vaping among teens