NOXUBEE COUNTY, Miss. (WCBI) – A Noxubee County woman will spend the next three decades in prison. 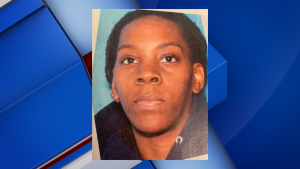 Jurors found Jeraldine Campbell guilty of attempted murder. She was sentenced to 30 years in jail.

She shot Bobby Hibbler in the head.

The shooting happened back in July 2020 at a home on Grissom Road.

Hibbler testified during the trial.

Prosecutors say it was important to get justice in this case because this shooting changed Hibbler’s life.

“This was a huge impact for him. I mean, the trauma of a life-threatening event like that… I can’t imagine that, but he also lost his job. He wasn’t able to work in the same way. He also has this weight on him about what his purpose is in this life that he was able to get up. That he’s got more to do in this life. It was important for him to get it behind him,” said Collen Hudson Assistant District Attorney.

Campbell was found not guilty of armed robbery in the case.