A Minnesota jury now has the case of a former Minneapolis police officer charged with murder and manslaughter in the July 2017 death of an unarmed woman. Mohamed Noor is charged in the fatal shooting of Justine Ruszczyk Damond, a dual U.S.-Australian citizen who approached his squad car minutes after calling 911 to report a possible rape behind her home.

Mohamed Noor, left, in on trial in the fatal shooting of Justine Damond, right WCCO

The death of Damond, a 40-year-old life coach who was engaged to be married a month after the shooting, sparked outrage in both the U.S. and Australia, cost Minneapolis Police Chief Janeé Harteau her job and contributed to the electoral defeat of the city’s mayor a few months later.

Plunkett was recreating testimony by Noor that he heard a loud bang right before Damond approached his squad car, followed by his partner swearing and struggling to pull out his gun before Noor opened fire.

“It’s the perfect storm,” Plunkett said. “That is the whole case.”

Plunkett asked the jury to judge Noor’s actions only based on what he knew in that moment, reports CBS Minnesota, and consider whether a reasonable officer confronted by the same factors would do the same.

Plunkett told the jury: “Mr. Noor acted as he was trained. He acted as a reasonable police officer.”

But prosecutor Amy Sweasy argued Monday that Noor’s decision to shoot Damond was “a tragic event of his own making.”

Sweasy used her closing argument to again question a key claim by Noor that he and his partner had been startled by a loud noise and feared an ambush.

Sweasy reminded jurors of the chaotic aftermath of the shooting, with responding officers trying to figure out what had happened. She said that’s when the loud bang emerged, calling it a theory that took on a life of its own.

She noted that neither Noor or his partner Matthew Harrity mentioned it at the scene, with Harrity first talking about it three days later in an interview with a state investigator, and pointed out that Damond’s fingerprints were not found on the squad car. 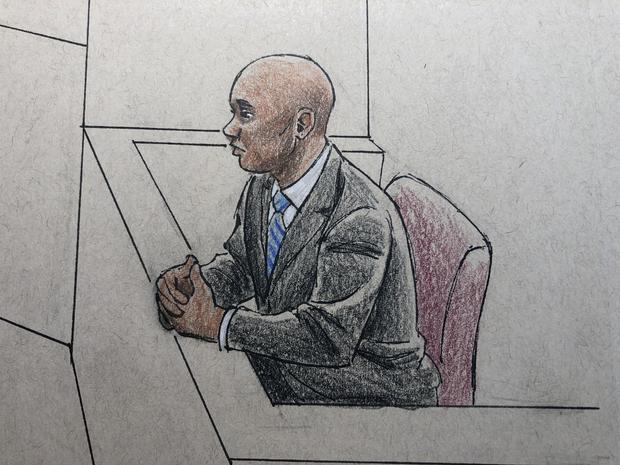 “There is no conclusive proof she ever touched that car,” Sweasy said.

Noor took the stand last week, giving his account of events for the first time. Noor’s voice often cracked as he testified, CBS Minnesota reported, and he repeatedly referred to Damond as “the threat.” But Sweasy questioned why Noor perceived a threat at all, especially after he affirmed he couldn’t see the woman’s hands or a weapon.

The 33-year-old Noor is a Somali-Minnesotan whose hiring in 2015 was trumpeted by city leaders seeking to diversify the police force. Damond was white. Noor was fired after being charged.

The case went to the jury Monday after four weeks of jury selection and testimony. After alternate jurors were dismissed, the jury makeup is 10 men and two women. Half of the jurors are people of color.

The jury will consider three charges. They include second-degree murder with intent but no premeditation and third-degree murder, which is a rarely used charge that would require the jury to find Noor acted with a “depraved” mind. Noor is also charged with second-degree manslaughter, which would require the jury to find that he acted with “culpable negligence” and created an “unreasonable risk” of causing death or great bodily harm.