WEBSTER COUNTY, Miss. (WCBI) – The Webster County Sheriff’s Office is honoring the memory of a fallen officer in a special way. 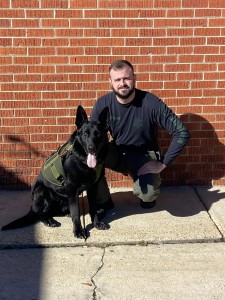 Zeus, who joined the Sheriff’s Office in 2017, died Tuesday after an unexpected illness.

Since then, Sheriff David Gore said his office has had a flood of calls from people wanting to make donations.

Gore and the Sheriff’s Office have decided to begin a non-profit foundation in Zeus’s memory.

Money raised will benefit the department’s other K-9 Deputy, and any future ones.

Those wishing to make donations can contact the Sheriff’s Office and address donations to Foundation 78.