HAMILTON, Miss. (WCBI) – A Kemper County man is arrested in Monroe County for threatening a school.

Monday morning the School Resource Officer at Hamilton alerted the Monroe County Sheriff’s Office that he and another school official had gotten phone calls threatening the school. 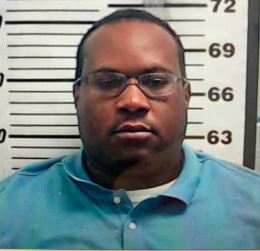 Th caller said he was on his way to the school.

Deputies and the Resource Officer secured the campus while other deputies intercepted Cedrick Jones of Kemper County, who was reportedly on his way to the school.

Jones was arrested and charged with 2 counts of Making Terrorist Threats.

He was taken to  the Monroe County Jail to await a bond hearing.

A conviction for Making Terrorist Threats carries up to 10 years in prison for each charge.