LEE COUNTY, Miss. (WCBI) – A Lee County inmate’s fight for freedom is cut short before he could get out of the county. 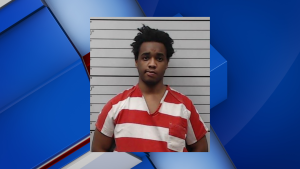 While he was in a secure area of the jail, Sullivan was able to contact the central control room, and a door was opened.

Sullivan reportedly escaped through the opening.

Jailers contacted 911 and put out a BOLO for Sullivan.

He was captured within 30 minutes by a Lee County Jail Administrator and a Plantersville Police Officer.

Sullivan is being held on a Murder Charge. He now has Felony Jail Escape added to that.