Less active weather for the rest of the week

SUMMARY: Areas of black ice are possible tonight but the rest of the work week is looking pretty quiet. Temperatures will near 60 by Thursday than cool back down again starting Friday.

MONDAY NIGHT: Mostly cloudy early with gradual clearing during the night. Lows in the mid 20s. Winds NW 3-7 mph. Any lingering moisture or slush on roads could freeze up on bridges, overpasses, or traditional shady spots. Keep a close eye out for black ice.  When in doubt slow down! 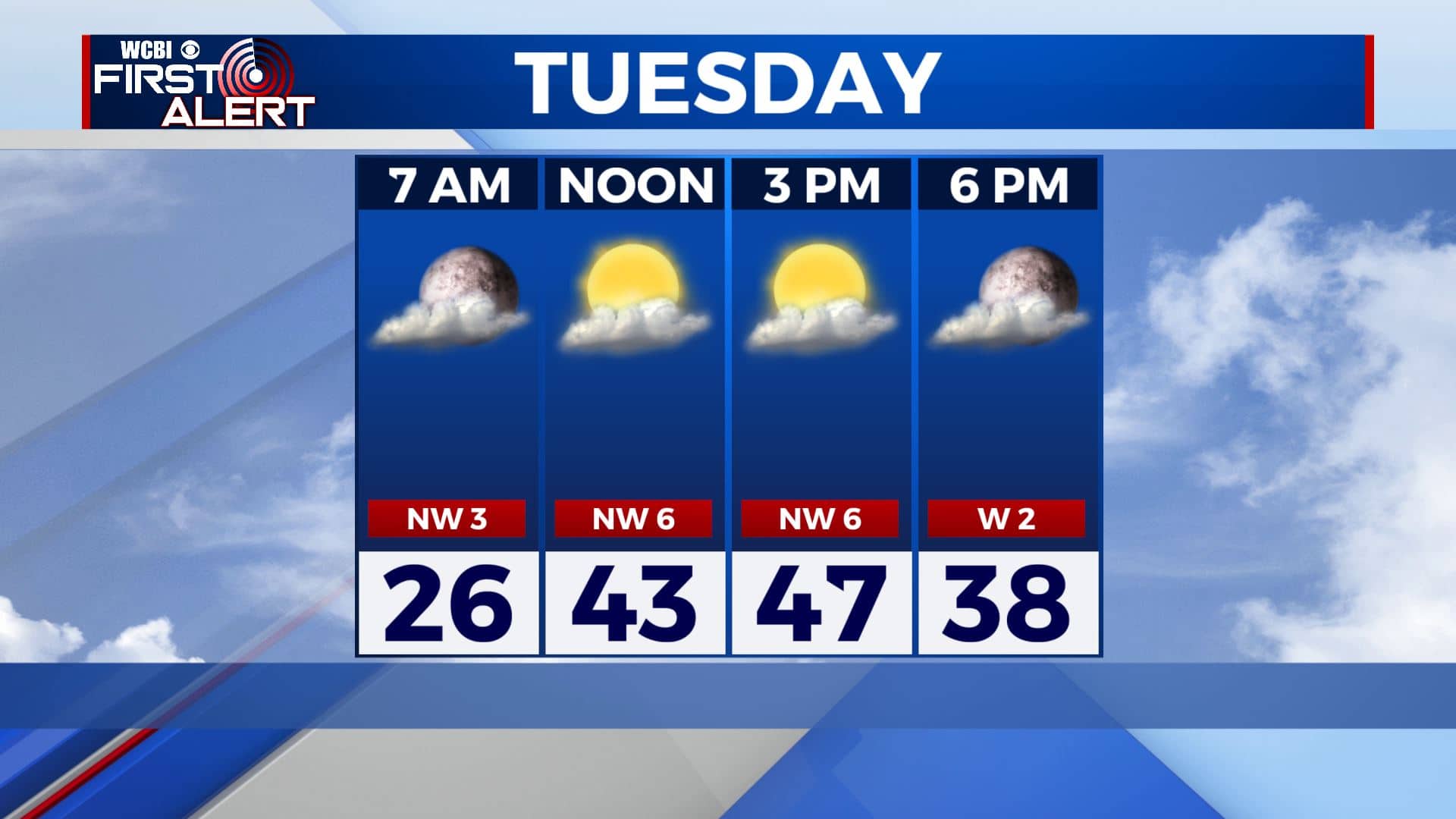 TUESDAY: Partly cloudy and cool. Highs in the mid to upper 40s. Any black ice issues should be gone by mid morning. Winds NW 5-10 mph.

FRIDAY: Turning cooler and breezy with the passage of a cold front. Highs around 50. Lows around 30 Friday night.

SUNDAY: Mostly cloudy with a shower or two possible.  Highs in the upper 40s.