Admiral William McRaven, now retired, thought commanding the operation that killed Osama Bin Laden, the leader of Al Qaeda, would be the crowning achievement of his 37 years as a Navy SEAL. “I remember thinking to myself, ‘Well, that, maybe that’s why I was put on Earth, to bring justice to bin Laden,'” he said. “But I was wrong.

“It had almost nothing to do with bin Laden. What bin Laden allowed me to do was to get an invitation from the president of the University of Texas at Austin to be the commencement speaker in 2014.”

In that speech, he recounted to graduates the ten lessons he’d learned from basic SEAL training, “that hopefully will be of value to you as you move forward in life.”

McRaven made it through the notoriously brutal training, which had an 80 percent dropout rate. Ringing a bell was all it took to quit.

“All you have to do is ring the bell to get out,” McRaven said. “If you want to change the world, don’t ever, ever ring the bell.”

And the secret to making it begins with one improbable act. He told his audience, “If you make your bed every morning, you will have accomplished the first task of the day. It will give you a small sense of pride, and it will encourage you to do another task, and another.”

The speech went viral, viewed millions of times, and became a bestselling book, “Make Your Bed: Little Things That Can Change Your Life … and Maybe the World.”

“I’d bump into people all over the world, they know nothing about the bin Laden raid, but they know that I told ’em to make their bed!” McRaven said.

Correspondent David Martin asked, “I gotta know, did you make your bed growing up?”

McRaven grew up on a military base in Texas where his father, a veteran of World War II, was a fighter pilot. In a new memoir called “Sea Stories: My Life in Special Operations” (Grand Central), McRaven tells of being too small to be a standout football player, so he went out for the track team. 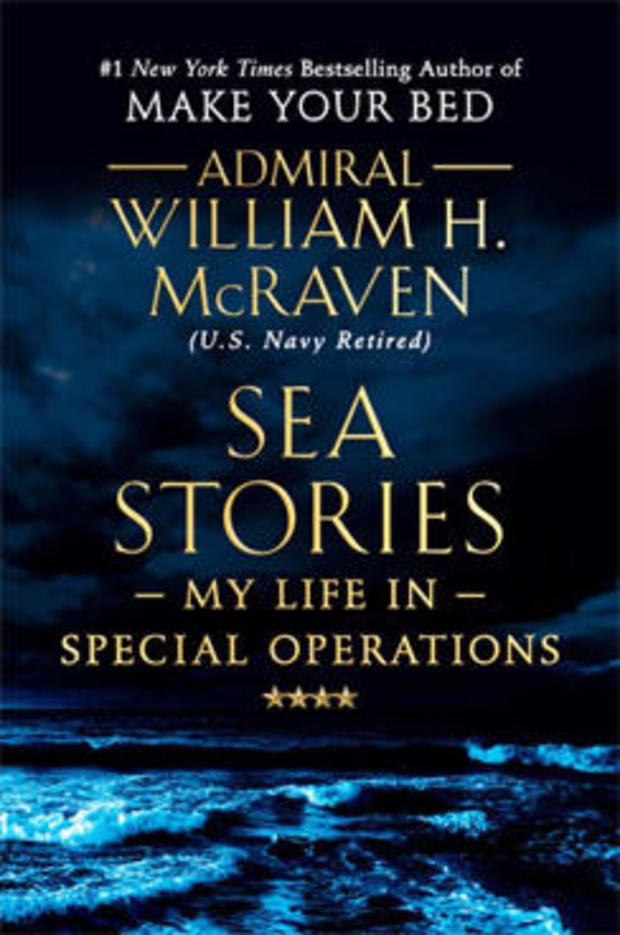 He had a chance to break his school record for the mile: “The night before my final race I got a call from an old coach, Coach Jerry Turnbow,” he recalled.

What happened next would change his life. “He says, ‘Well, Bill, you can do this. You can break the school record. You just have to run hard. So Bill, you get out there and you run hard’ And I said, ‘Okay, Coach, I will.'”

“Coach Turnbow helped me achieve that goal, and I attribute a lot of my future to him,” McRaven said. “Had I not broken that school record, one, I’m not sure I would have ever tried to be a SEAL, because in breaking the school record I knew there was a chance that I could go on to be a Navy SEAL.”

Being a Navy SEAL is not just tough; it’s dangerous, even in peacetime. In 1995 he was in a small boat trying to make it out through heavy surf when it hit a 35-foot wave: “And it just picks that boat up and dumps it right on top of itself.”

McRaven was tangled up in the boat’s lines and trapped underwater.

“And I remember at that time thinking to myself, ‘So this is how it ends.’ And then all of a sudden, I’m free from it. How that happened, I don’t know.”

“You really don’t know how you got out of that boat?” Martin asked.

“I think there was some divine intervention that pulled me out from under that boat,” McRaven replied.

After 9/11, he was assigned to the White House to work on counterterrorism, when a man named Richard Reid was discovered wearing a bomb in his shoe on a flight from Paris to Miami. To thwart any other shoe bombers, McRaven came up with an idea that changed all of our lives.

“I think we need to have people take their shoes off going through security, and we also need to start checking their laptops,” he said.

“There are a lot of people who have been looking for you,” said Martin.

“Here’s your chance to seek forgiveness from the American people!”

“I will tell you, in my defense, I only thought we would put this in place for a couple of months.”

In 2003 he was in Iraq commanding the task force which captured Saddam Hussein. For 30 days, McRaven was his jailer. “He came in and he was arrogant, and he was pompous,” McRaven recalled.

Did he talk to him? “I did. I was hoping that he would agree to tell his people to lay down their arms, to do something good on your way out. He chose not to do that, and I told him, ‘Then this is the last time you’re going to see me.'”

Then, on the night of May 1, 2011, as the president and his national security team monitored from the White House, McRaven commanded the daring raid against Osama bin Laden’s compound in Abbottabad, Pakistan.

Just before the mission, McRaven gathered his SEAL team, and channeled Gene Hackman and his small-town team going to the state championship in the movie “Hoosiers”: “My message to the guys was, ‘All of you have been on hundreds of missions. Just do this mission the way you have done every other mission and we’ll be just fine. Another night, another raid.”

McRaven ran the mission from his command post in Afghanistan. “And then we get the call from the ground force command, and he said, ‘For God and country, Geronimo, Geronimo.'”

“We had gotten bin Laden.”

Leaving behind a stealth helicopter which had crashed-landed during the initial assault, the SEALs brought out the body, which McRaven inspected to make sure that it was bin Laden.

Not exactly scientific, but good enough to report to the president. McRaven recalled: “The president says to me, ‘Okay, Bill, let me get this straight: You had $60 million for a helicopter and you didn’t have $10 for a tape measure?'”

A few days later, President Obama presented McRaven a momento of the raid. “He says, ‘Bill, I got something for you.’ And he reaches around behind his desk and pulls this out”: a plaque bearing a Stanley 25′ Powerlock tape measure, with the inscription, “If we can afford a $60 million helicopter, I think we can afford a tape measure.” 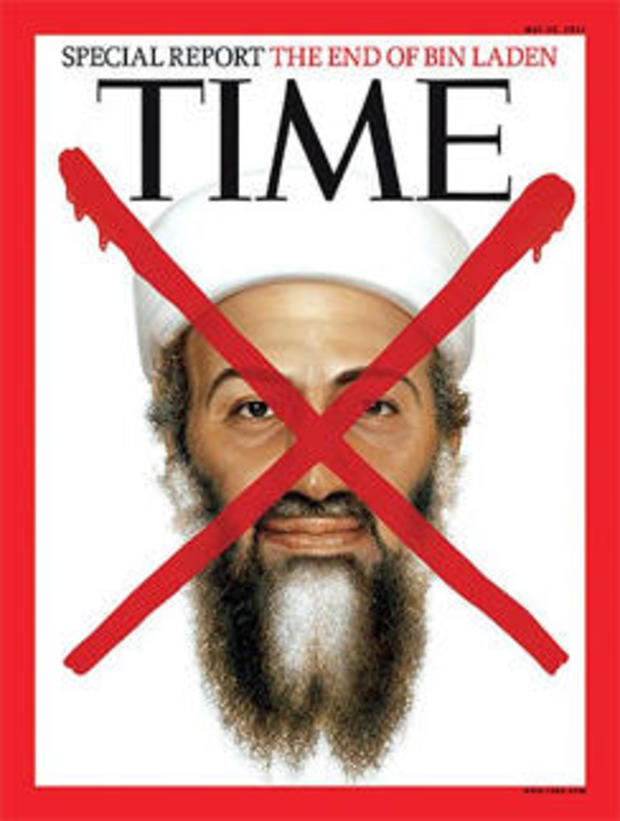 The raid was, of course, a sensation memorialized on front-page headlines around the world. But how does it compare to the thousands of other missions McRaven commanded? “I saw guys going on missions that will never make the history books, that were more complicated, that were more challenging, that cost more lives and had more sacrifice,” he said.

Since 9/11, 430 members of the Special Operations Command have been killed in action.

He said, “There were a lot of dark moments, and I saw people rise up in those dark moments, you know? Families when they lost loved ones, soldiers that were taking care of the families of the fallen, entire towns that came out to pay their respects.”

But somehow, McRaven writes in “Sea Stories,” “War challenges your manhood. It reaffirms your courage. It sets you apart from the timid souls and the bench sitters. It builds unbreakable bonds among your fellow warriors. It gives your life meaning. … War would never lose its allure.

“Peace was meant for some people, but probably not for me.”

He told Martin, “I found myself at war. You try to make the best of it. You hope what you’re doing is for something that is noble and honorable, and if that’s the case, then I’m proud to be a warrior,”

“Did you get enough war?”

“I got enough war,” he replied.