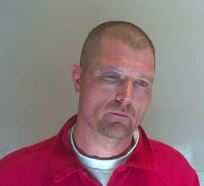 Sheriff Eddie Hawkins says while Stafford being brought to Columbus from Monroe County he kicked out the window of a patrol vehicle.

When the transport officer went to check on the window, Stafford jumped through the window.

He was quickly captured by the officer near Highway 45 and Cal-Kolola Road and remains in jail.