Lowndes County investigators make an arrest in a deadly shooting 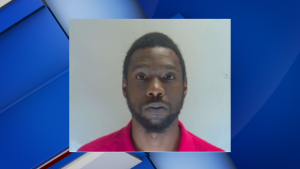 He remains in the Lowndes County jail waiting on his initial appearance.

Sheriff Eddie Hawkins says Whitley and 25-year-old Monique McDonald got into an argument with a gun involved.

Hawkins tells WCBI at some point the gun fired and McDonald was struck in the neck by a bullet.

Investigators say this is a sad and similar scene they see all too often.

Lowndes County Coroner Greg Merchant says McDonald’s body has been sent to the state crime lab. She’s originally from Corinth and had been living at that home for about six months.

Whitley is from Baton Rouge and had been here about a month.