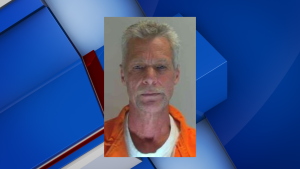 Lowndes County Sheriff Eddie Hawkins says Sopha was stabbed several weeks ago during a domestic violence incident by the victim.

Sopha had been hospitalized.

Investigators believe he went back to the victim’s home and she called 9-1-1. That’s when Sopha was arrested and charged from the previous incident.