LOWNDES COUNTY, Miss. (WCBI) – A Lowndes County murder trial is continued until August after investigators make another arrest in the case.

18-year-old Qadrecius Gandy is charged with conspiracy to commit a felony. 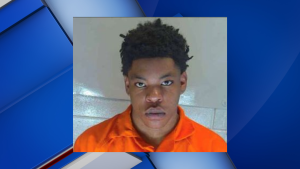 Gandy was arrested late last week and could face more charges. Curtis Lathan was scheduled to go to trial this morning.

He’s accused of shooting and killing Arykah White outside of a birthday party at the Propst Park Community Activity Center in 2019.

Lathan was indicted on a second-degree murder charge.

Investigators believe there was an argument before the gunfire and White was an innocent bystander.

A new piece of crucial evidence was found and led to the continuance.

“Speaking in general, we had an issue with people tampering with other witnesses. It’s not something that my office is going to tolerate. If you do it, we are going to prosecute you for it and the public needs to know that we are going to do everything we can to protect witnesses from this type of tampering and provide justice for the victims,” said Scott Colom, District Attorney.

The trial was rescheduled for August first.