LOWNDES COUNTY, Miss. (PRESS RELEASE) – The Lowndes County Sheriff’s Office has arrested five convicted sex offenders within the last 30 days. Most of which have been for the charge of sex offender registration failure. These convicted felons have failed to comply with the obligations, rules and regulations of the sex offender laws of the state of Mississippi. The Lowndes County Sheriff’s Office Sex Offender Registry Compliance Unit monitors very closely the offenders in our county to ensure that we are aware of any address changes or changes in the offenders’ status.

Sex offenders that have served the sentence imposed on them by the courts are released from the Mississippi Department of Corrections custody almost daily. These offenders are NOT wanted by the Sheriff at the time of their release. However, one of the conditions of their release is to register with the local sheriff’s office within three days of their release. When a person is convicted of a sex offense and placed on the sex offender registry, they also have three days to report any change of address to the sheriff’s office where they plan to reside. Failure for a sex offender to register with the sheriff’s office is a felony that has a maximum sentence of up to 5 years in prison.

Sex offenders have always lived in our communities; but it was not until the Sex Offender Registration Law was enacted that law enforcement is able to share this information with the community. Sex Offender Registration Laws are designed to give law enforcement and the public the information needed to protect our community from future sex crimes. This information is not intended to increase fear of our citizens; rather, it is the belief of Sheriff Hawkins that informing the citizens of Lowndes County makes our community safer. Citizen abuse of this information to threaten, intimidate or harass registered sex offenders is also a crime.

§ 45-33-25. The following offenses require lifetime registration: Rape, Rape and assault with intent to ravish, Sexual battery, Exploitation of children, Relating to the carnal knowledge of a stepchild, adopted child or child of a cohabiting partner, Kidnapping if the victim is under the age of eighteen, Procuring sexual servitude of a minor, Relating to aiding, abetting or conspiring to violate antihuman trafficking provisions, Touching of a child, mentally challenged or incapacitated person or physically helpless person for lustful purposes, Sexual intercourse between teacher and student, Sexual abuse of a vulnerable adult by health care employees or persons in a position of trust or authority, Contributing to the neglect or delinquency of a child, Felonious abuse and/or battery of a child, if the victim was sexually abused and Capital murder when one (1) of the above described offenses is the underlying crime;

“Federal and State Sex Offender Registration Laws provide important information for our citizens about the location of potentially dangerous sex offenders.  These sex offenders who think they can slip into Lowndes County without registering and without being noticed will be tracked down and arrested. They should expect to be prosecuted. The Lowndes County Sheriff’s Office is committed to giving our deputies the resources they need to register and track convicted sex offenders and prevent known offenders in our community from re-offending and posing new dangers to our citizens.” – Sheriff Eddie Hawkins.

All persons charged are presumed to be innocent unless and until found guilty in court. 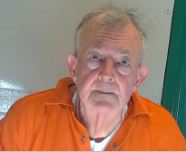 05/28/2013: Sumrall was convicted in Lowndes County for Exploitation of Children. 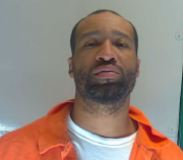 08/22/2008: Hicks was convicted in Lowndes County of rape and carnal knowledge of a child under fourteen years of age.

11/22/2013: Smith was convicted in Pickens county Alabama for Conspiracy to commit rape 2nd / any other offence committed in another jurisdiction for which registration is required in that jurisdiction. 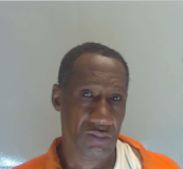 02/13/1987: Williams was convicted in Lowndes County for Sexual Battery. 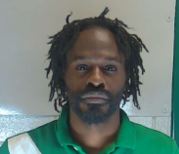 05/27/2015: Easley was convicted in Lowndes County for touching of a child or a mentally defective, incapacitated or physically helpless person for lustful purposes.