COLUMBUS, Miss. (WCBI) – He’s accused of robbing a vape shop with a pop, and now he’s in jail awaiting bail. 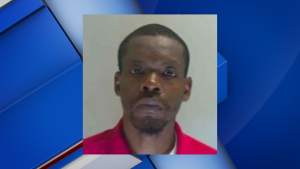 Around 9:30 Wednesday night, Columbus Police were called to an armed robbery at the Chevron Vape Shop in the 1500 block of Highway 45, in front of Leigh Mall.

At the time, it was reported that a man displayed a weapon and demanded money.

He then took off on foot across Highway 45.

Less than 15 minutes later, they found Ronald Mixon, Junior in the area behind Umi.

It was also discovered that the weapon involved was a Sprite bottle wrapped in a black bag that Mixon reportedly pointed out as if it were a weapon.

Money from the store was also recovered.

“I do applaud the officers that worked that night. They were on the job. They took it seriously. They were able to locate the suspect, and they were in a very short, very quick amount of time, and brought about a positive result. So, I am happy with that,” said Chief Fred Shelton.

Ronald Mixon is being charged with Armed Robbery

No bond has been set.

Woman arrested on vandalism and cyberstalking charges in Noxubee