A jury convicted a man of first-degree murder Thursday night in the shooting death of a 9-year-old Chicago boy who was lured into an alley with the promise of a juice box. A separate jury for co-defendant Corey Morgan was sequestered for the night after they didn’t reach a verdict and will resume deliberations Friday.

Prosecutors contended that Dwright Boone-Doty and fellow gang member Corey Morgan planned the November 2015 killing of Tyshawn Lee before Boone-Doty took a gun Morgan gave him and shot the boy.

The Cook County jury that found Boone-Doty guilty deliberated for a little more than two hours after a long day of closing arguments.

Prosecutors said Tyshawn was killed because Boone-Doty and Morgan believed his father belonged to a rival gang they blamed for fatally shooting Morgan’s brother and wounding his mother. The fourth grader, still wearing his school uniform, had headed to a park to play basketball.

Boone-Doty befriended Tyshawn to gain his trust after the boy arrived at the park, prosecutors said. He picked up the basketball that boy had brought to the park, lured him into a nearby alley and shot him with a .40-caliber handgun multiple times at close range while Morgan watched from an SUV, they said.

“This was a targeted assassination,” acting Chicago police superintendent John Escalante said at the time. “These are calculated killers whose actions define the words brutality and cowardice.”

Prosecutors said tests revealed that Boone-Doty’s DNA was on the basketball found near the boy’s body. Boone-Doty’s lawyer tried to cast doubt on the DNA evidence.

The 25-year-old Boone-Doty faces up to life in prison.

Morgan, 31, and Boone-Doty were tried together but before the separate juries. The trial lasted for nearly three weeks. 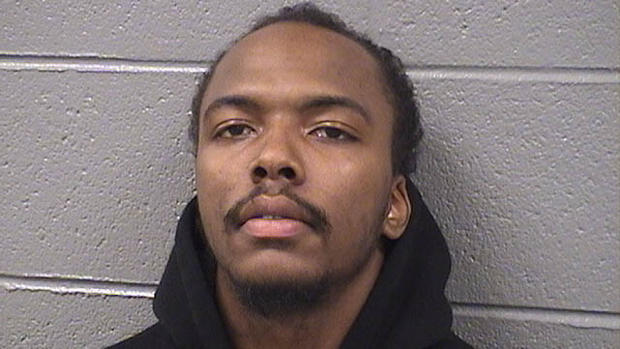 Prosecutors played a tape of Boone-Doty bragging to another jail inmate that he’d killed the boy. Boone-Doty’s lawyer dismissed the tape, saying that Boone-Doty was lying to the other inmate to make himself look tough.

A third man charged in the attack, Kevin Edwards, pleaded guilty to first-degree murder before going on trial. Edwards, who prosecutors described as the getaway driver, received a 25-year prison sentence in exchange for his plea.