Man wanted in Winston County shooting turns himself in

WINSTON COUNTY, Miss. (WCBI) – A man wanted in connection with a deadly Winston County shooting turns himself in Monday morning.

30-year-old Darius Devonte Johnson was taken into custody at the Louisville police department. 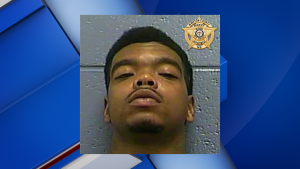 He believes Johnson and the unidentified victim were arguing over the phone before Johnson went to the Hillcrest Circle home.

Pugh tells WCBI Johnson was previously in a romantic relationship with the victim’s girlfriend.

Deputies say Johnson fired a shot at the victim and his ex while they were in the front yard.

The couple went inside and Johnson allegedly kicked in a door and shot the victim at least four times.

No word on when formal charges could be filed against Johnson.