PARCHMAN, Miss. (WCBI) – A Mississippi Death Row inmate has a change of heart.

Blayde Nathaniel Grayson has told a judge he wants to continue appealing his case.

This is a reversal from what Grayson said just a few months ago.

In December, shortly after the state carried out the execution of David Neal Cox, Grayson sent a note to the Mississippi Supreme Court asking for his execution to be carried out “forthwith”.

Grayson’s lawyer asked justices to disregard that request, because Grayson had a pending appeal in Federal Court.

The high court ordered that he should make the statement under oath.

In a hearing in George County Circuit Court on Thursday Grayson stated that he want to continue his Federal Appeal.

Grayson was sentenced to death for the 1996 stabbing death of a 78-year-old woman during a burglary in George County in South Mississippi. 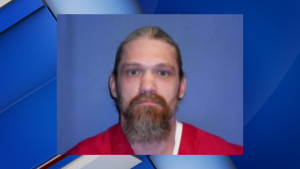