Players like Dot Easterwood Murphy reminisce on the journey to bringing home the school’s first title.

Murphy told WCBI what she takes away from that championship moment over five decades ago.

Head coach Jill Upton says the program blazed a trail for the sport of women’s basketball.

“These girls mostly were from small towns from the country but Mississippi was ahead of it’s time then because we’re we’re one of the few states that had girls basketball,” said Jill Upton.

“I’m a title VIX person. I mean I came through a lot of transition from playing three on three girls basketball to playing rover where two people went full court, the other four stayed on their end, to playing five men ball. Just to see the transition where women’s basketball is. It was a time period where that was the turning point that the foundation for today’s programs was being laid,” said Dot Easterwood Murphy, player of the 1971 National Championship team.

MUW hosted the 50th celebration for the national championship. 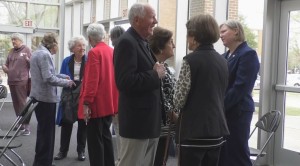