Noxubee County man accused of breaking into a church

NOXUBEE COUNTY, Miss. (WCBI) – A Noxubee County man is accused of breaking into a church.

A grand jury recently returned the indictment against Joey Mays.

He’s also facing burglary of a dwelling, grand larceny, and possession of a weapon by a convicted felon charge.

Mays was arrested earlier this year in Kemper County, where he’s charged with several crimes.

Mays remains in the jail in Kemper County. 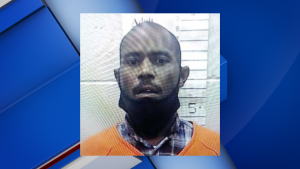