OKOLONA, Miss. (WCBI) – An Okolona woman is accused of shooting and killing her husband.

39-year-old Christine Porter is expected to be charged with first-degree murder.

A short time later Porter showed up at the police station to report a shooting.

Officers when to the home and found 33-year-old Homer Porter dead.

He had been shot multiple times.

The investigation into the shooting continues. 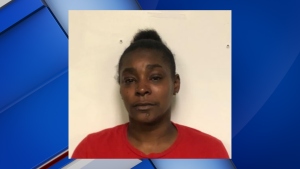