OKTIBBEHA COUNTY, Miss. (WCBI) – Oktibbeha deputies go to make a traffic stop but it ends in a chase through Starkville.

40-year-old Odell Robinson the third is charged with felony fleeing, tampering with evidence, and possession of marijuana with intent to distribute. 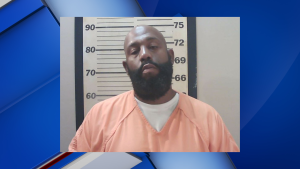 Investigators tell WCBI that a K9 attempted to stop Robinson on Highway 12.

The pursuit went out into the county and back inside the city limits.

Robinson was finally stopped at Louisville Street and Highway 12.

No injuries were reported.

Robinson was also served with a warrant from the circuit court.

He remains in jail.

Runoff race to fill house seat in Miss. legislature comes down to 2 votes