On the end of Bill Cosby

Our contributor Nancy Giles has some thoughts on the news that Bill Cosby has been found guilty:

Bill Cosby is a big part of why I’m in this business. I was a fan.  I grew up watching him do everything from standup comedy and Saturday morning cartoons, to hosting specials on Black history and selling Jell-O pudding.

I listened to his albums. I loved his stories about growing up in Philly. They were a lot like mine growing up in Queens. And in some way, just seeing him made me believe that I could be on TV, too.

Bill Cosby and Robert Culp in the ’60s espionage series, “I Spy.”

The Bill Cosby I THOUGHT I knew was before Cliff Huxtable. Back then, he was Scotty, the dude from “I Spy,” with a short-cropped Afro and white jeans, side by side with Robert Culp, bopping around the world as the coolest espionage agents you ever saw.

Then, he was Chet Kincaid, high school coach and single guy, deftly navigating in a multicultural, single-camera comedy world with no laugh track but a hip, goofy theme song.

I knew they were just characters, but I guess, in some ways, I didn’t. I needed to believe they were Bill Cosby. 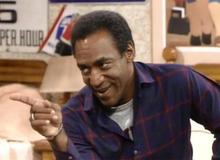 As Cliff Huxtable in “The Cosby Show.”

And Scotty and Chet — and certainly not Cliff Huxtable — could NEVER do what the more-than-50 women have accused Bill Cosby of doing.

Look, you can’t serve up wine and pills to women and then have some kind of sloppy sex with them. How can that ever be “consensual?” It can’t. There is no consent. Period. Full stop.

At the very least, Bill Cosby could have taken responsibility for what he did, or apologized, however late in the game, even though 50 years of bad behavior can’t be excused.

This was like a watching someone die of cancer. It’s been agonizing.

And I’m hurting for the death of an image that meant a lot to me.

The truth hurts. And the truth is Bill Cosby is 80 years old and now stands convicted of three counts of sexual assault, which could put him in prison for 30 years.

Minutes after Thursday’s guilty verdict, Tom Mesereau (one of Cosby’s attorneys) said, “We don’t think Mr. Cosby is guilty of anything, and the fight is not over.” 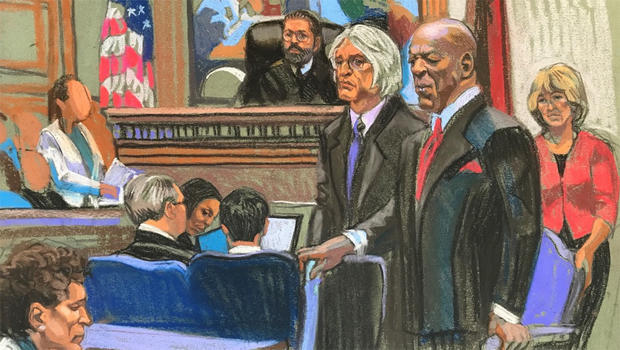 Bill Cosby, who was convicted on three counts of sexual assault on Thursday, April 26, 2018.

MSU WR Rara Thomas to enter transfer portal, could he be going to Ole Miss?