NEW ALBANY, Miss. (WCBI) – A Lafayette County man is in jail and a New Albany police officer is ok after the officer’s car wrecked during a pursuit. 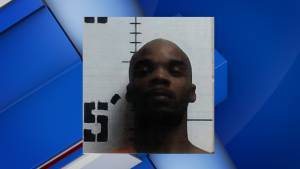 Chief Robertson says Johnson refused to stop and led officers on a chase that went through New Albany, Union, and ended in Lafayette County when Johnson wrecked his car.

The police vehicle was also wrecked, but the officer was not injured.

Chief Robertson says Johnson faces multiple charges including felony fleeing and aggravated assault on a police officer. Johnson is being held in the Union County Jail.