Oxford Police have made an arrest in homicide

Justin Maurice Morris of Oxford is in the Lafayette County Jail on a $1 million bond.

Oxford Police were called to the 600 block of Saddle Creek Drive just after 1 this morning for a report of yelling and gunshots.

When they got there, they found Greteva Nicole Frierson suffering from a fatal gunshot wound.

Officers developed Justin Moris as a suspect. He was found a short time later in the 400 block of Saddle Creek Drive and arrested without incident.

Investigators believe the shooting is a case of domestic violence, but the case is still open.

Anyone with information on the shooting should call Oxford Police or Crime Stoppers. 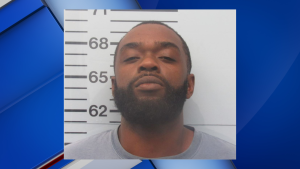